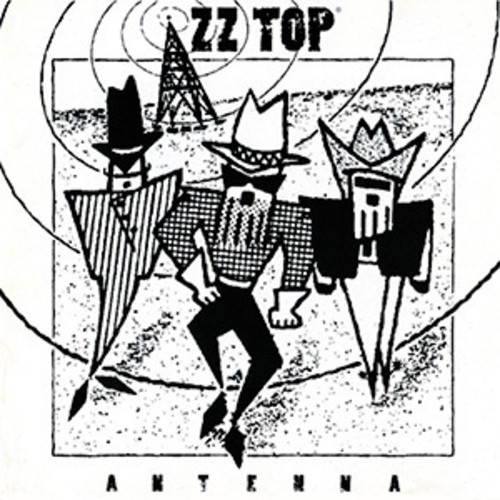 ZZ Top were formed in 1969 in Houston, Texas. The band has, since 1970, consisted of bassist and lead vocalist Dusty Hill, guitarist and lead vocalist Billy Gibbons (the band's leader, main lyricist and musical arranger), and drummer Frank Beard. According to former musician, critic and collector Michael "Cub" Koda, "Gibbons is one of America's finest blues guitarists working in the arena rock idiom... while Hill and Beard provide the ultimate rhythm section support. "The band released it's first album-called ZZ Top's First Album-in 1971. Beginning with blues-inspired rock, the band incorporated new wave, punk rock and dance-rock by using synthesizers. The band is also known for it's humorous lyrics laced with innuendo. The band's top-selling album was Eliminator in 1983, which sold more than 10 million copies in the US. By 2014, ZZ Top had sold more than 50 million albums worldwide . Antenna is their eleventh studio album and was released in 1994. The opening track and first single from the album, "Pincushion", reached #1 on the Mainstream Rock Tracks chart in the US. ZZ Top were inducted into the Rock and Roll Hall of Fame in 2004