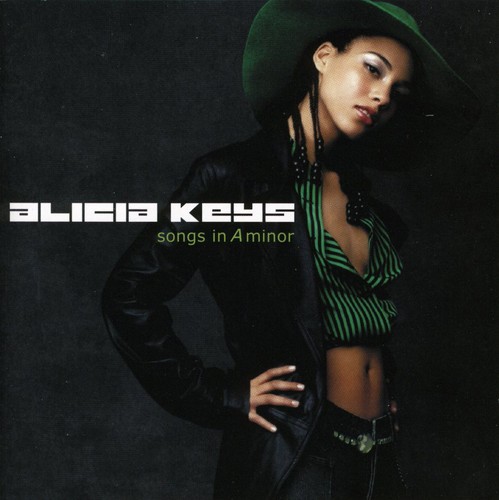 Songs in a Minor
Artist: Alicia Keys
Format: CD
New: IN STOCK AT OUR STORE $13.99 Used: Used Items are fully guaranteed to be free from defects, and good as new.
Wish

2001 album from the R&B/Pop singer/songwriter. Songs in a Minor sold more than 12 million albums worldwide and garnered Keys with her first five Grammy Awards including Best New Artist, Best Song of the Year for 'Fallin', and Best R&B Album.

''Songs in A Minor'' is the debut studio album by American recording artist Alicia Keys, released June 5, 2001, on J Records. After graduating from high school, Keys signed with Columbia Records to begin her music career. She recorded an album in 1998 under the label, which they rejected. Her contract subsequently ended with Columbia after a dispute with the label, and Keys later signed with Clive Davis. An accomplished, classically-trained pianist, Keys wrote, arranged and produced the majority of the album. Contrary to its title, the album contains only one song, "Jane Doe", in the key of A minor.

Upon its release, the album received generally positive reviews from most music critics, who noted her ability to catch an old-school jazz sound and mix it with R&B and soul melodies. Keys was compared by critics to such artists as Aretha Franklin, Stevie Wonder, Billie Holiday, Prince and Lauryn Hill. The album earned Keys several awards and accolades, including five Grammy Awards at the 44th Grammy Awards. ''Songs in A Minor'' debuted at number one on the ''Billboard'' 200 chart, selling over 236,000 copies in its first week. It has sold over 6.2 million copies in the United States and twelve million copies worldwide. ''Rolling Stone'' magazine named ''Songs in A Minor'' the second best album of 2001, while ranking it number 95 on its list of the best albums of the 2000s decade. - Wikipedia