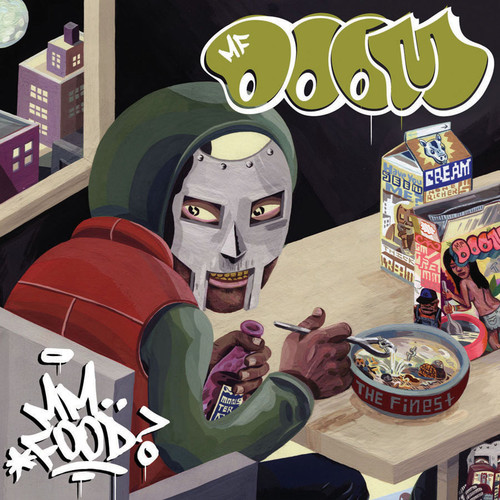 In 1998 Zev Love X of the seminal rap group KMD re-emerged as a masked super villain known as MF Doom. The following Year he release only added to the mystery by creating multiple aliases (King Geedorah, Viktor Vaughn, etc.) and and taking a no holds barred approach to his musical career. With collaborative side projects with Madlib (Madvillain) and most recently DANGERDOOM with Danger Mouse, MM.. FOOD marks the super villain's long awaited follow up to Operation: Doomsday. Originally released late 2004 MM.. FOOD has been out of print for close to two y. DVD includes over an hour of live fotoage and behind the scenes. Plus, limited edition sticker and poster by Burlesque of North America.

''Mm.. Food'' is an album by British-born American hip hop artist Daniel Dumile/MF DOOM, the second full-length released under the MF DOOM moniker. It was released on November 16, 2004 on Rhymesayers Entertainment. - Wikipedia