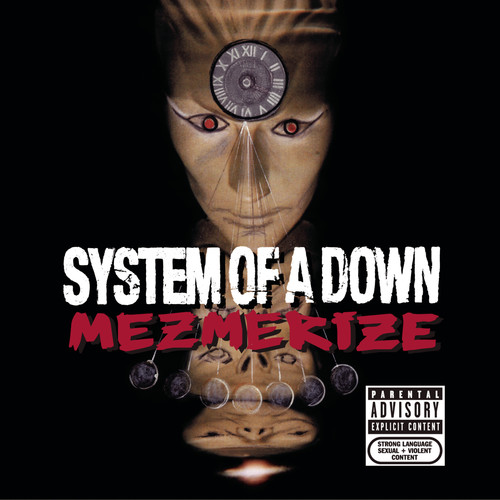 Mezmerize
Artist: System Of A Down
Format: CD
New: IN PRINT AND ORDER-ABLE - NOT IN STORE, call or email $10.00 Used: Used Items are fully guaranteed to be free from defects, and good as new.
Wish

System of a Down's new albumMezmerize(disc one of the band's 2-disc setMezmerize/Hypnotize) features the first single,"B.Y.O.B."System of a Down wrote some thirty tracks forMezmerize/Hypnotizeand recorded them at producer Rick Rubin's Laurel Canyon studio between June and November of 2004. The album was produced by Rubin and Daron Malakian and mixed by Andy Wallace, who also mixedToxicityandSteal This Album. The new songs are more complex, more progressive, more unorthodox, and more experimental than ever, while retaining the idiosyncratic, ironic and schizophrenic qualities that make System of a Down so distinctive. Topics include relationships, the evils of television and corporate mind control, the mysteries of life and death, and a surreal experience at a celebrity baseball game.