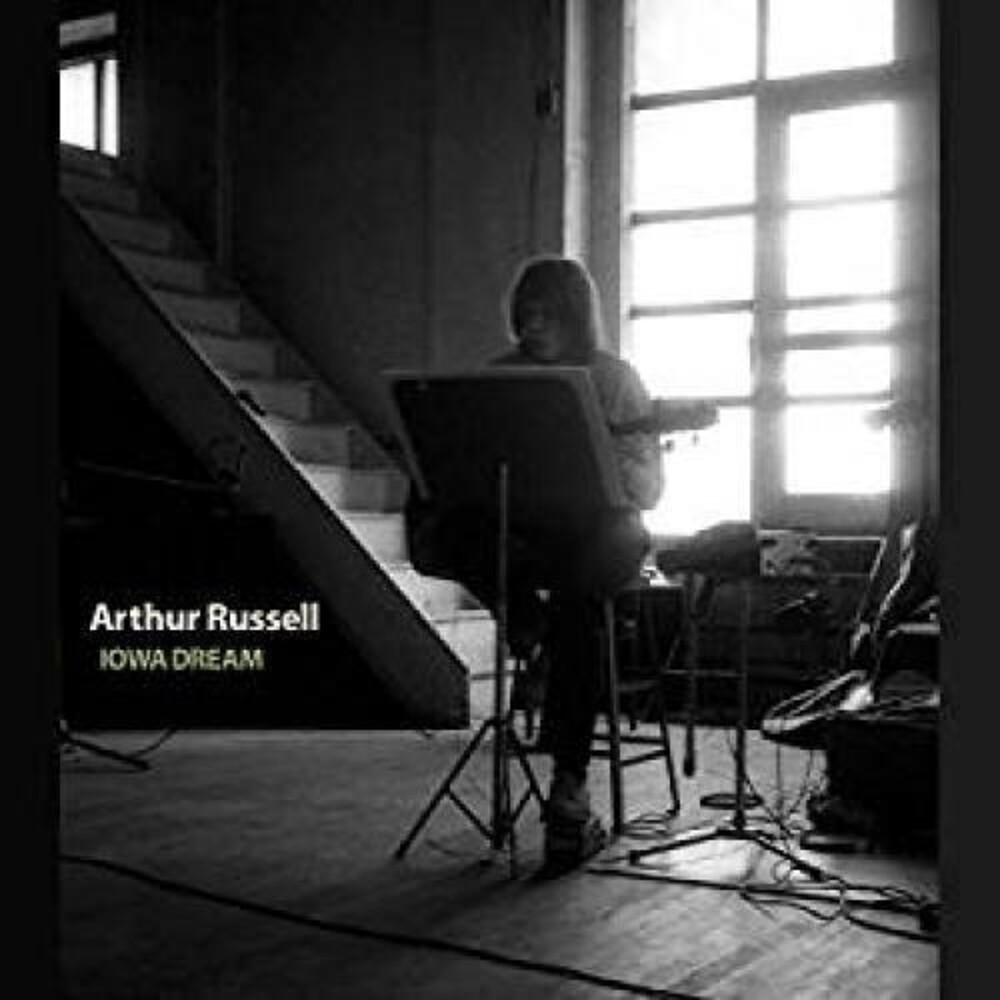 The visionary musician Arthur Russell is as widely known as he's ever been. Thanks to Russell's partner Tom Lee and to Steve Knutson of Audika Records, who have forged several records from Russell's vast archive of unreleased material, the world now hears many versions of Arthur Russell. There's the Iowa boy, the disco mystic, the singer-songwriter and composer, and the fierce perfectionist deep in a world of echo. While all of these elements of Russell are individually true, none alone define him.Iowa Dream is yet another bright star in Russell's dazzling constellation. Blazing with trademark feeling, these nineteen songs are a staggering collection of Russell's utterly distinct songwriting. And although Arthur could be inscrutably single-minded, he was never totally solitary. Collaborating here is a stacked roster of downtown New York musicians, including Ernie Brooks (Modern Lovers), Rhys Chatham, Henry Flynt, Jon Gibson, Peter Gordon, David Van Tieghem and others. Musician Peter Broderick makes a contemporary addition to this list: more than forty years after Russell recorded several nearly finished songs, Broderick worked diligently with Audika to complete them, and provided audio restoration and additional mixing.Several tracks on Iowa Dream were originally recorded as demos, in two early examples of his repeated brushes with potential popular success-first in 1974, with Paul Nelson of Mercury Records, and then in 1975, with the legendary John Hammond of Columbia Records. For different reasons, neither session amounted to a record deal.At once kaleidoscopic and intimate, Iowa Dream bears some of Russell's most personal work, including several recently discovered folk songs he wrote during his time in Northern California in the early 1970s. For Russell, Iowa was never very far away. Titles include "Just Regular People," "I Wish I Had a Brother," "Wonder Boy," "The Dogs Outside are Barking," "Sharper Eyes," "I Felt, "I Kissed the Girl From Outer Space," "I Still Love You," "List of Boys," "Barefoot in New York" and the much requested "You Did it Yourself," until now heard only in a brief heart-stopping black-and-white clip in Matt Wolf's documentary Wild Combination. On Iowa Dream, you can hear a country kid meeting the rest of the world-and with this record, the world continues to meet a totally singular artist.