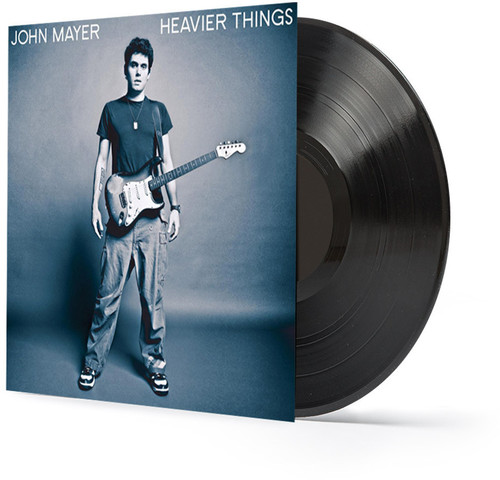 Vinyl LP pressing. Heavier Things is the second studio album by musician John Mayer, released September 9, 2003 on Columbia Records in the United States. The title of the album itself is a subtle response to certain criticism of Mayer's music. The album debuted at #1 on the U.S. Billboard 200 chart. Mayer earned his first #1 single with "Daughters" as well as a 2005 Grammy for Song of the Year, beating out fellow contenders Alicia Keys and Kanye West. He dedicated the award to his grandmother, Annie Hoffman, who died in May 2004. He also won Best Male Pop Vocal Performance, beating Elvis Costello, Prince, and Seal for the award. At the 37th Annual Songwriters Hall of Fame Induction Ceremony in 2006, Mayer was honored with the Hal David Starlight Award.