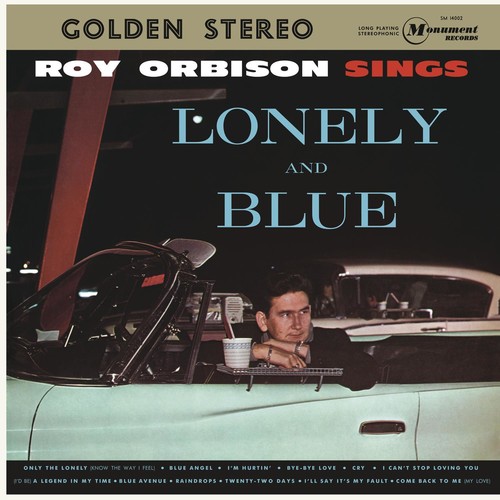 Vinyl LP pressing including digital download. Lonely And Blue is the first music album by Roy Orbison for Monument Records, released in January 1961. The album was recorded at RCA Studio Busing Two and three track tape machines. With it's opulent arrangements full of strings, backup singers and horns, it's fusion of rock 'n' roll heart and country soul and, of course, the truly operatic voice of Orbison, this LP was as revelation then and remains a classic. Includes Roy's hits "Only the Lonely," "Blue Angel" and "I'm Hurtin'" plus "Raindrops," "Blue Avenue," "Cry" and more! After a two-year stint at Sun Records, Roy Orbison signed up with RCA Records in 1958, but left after two singles. In early 1959 Orbison's manager Wesley Rose asked producer and owner Fred Foster if he was interested in signing him for Monument Records. Foster said yes.