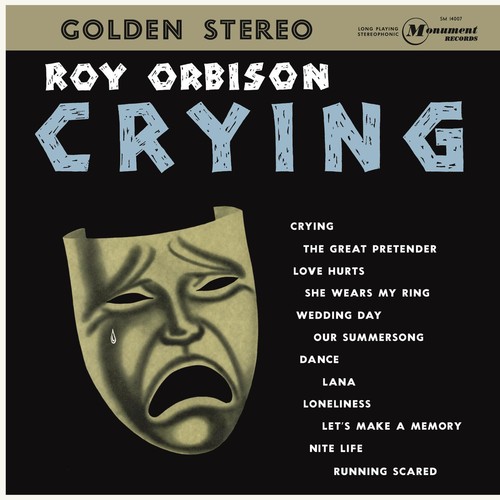 Vinyl LP pressing including digital download. Crying is the third album by Roy Orbison, released in 1962. It was his second album on the Monument Record label. The album name comes from the 1961 hit song of the same name that in 2002 was honored with a Grammy Hall of Fame Award. In 2004, the song ranked #69 on Rolling Stone Magazine's 500 Greatest Songs of All Time. You'll find more essential Orbison moments on this album including Roy's #1 smash "Running Scared" plus his versions of "Love Hurts" and "The Great Pretender" and "Night Life," "Loneliness," "She Wears My Ring," "Wedding Day" and more!